This morning I saw this weird popup / flag when I hovered over the Spam link on webpage.

Database connection: sandbox in the webpage

I had no idea, but it was persistent. Every time I hovered the mouse over the link, that popup appeared. It would not appear in screenshots, so I resorted to the camera in my phone.

After hiding the browser window, the popup also appeared on my Calendar:

Database connection: sandbox in the webpage

When I closed the Calendar, it appeared when I moved my mouse over the same area of the desktop:

Database connection: sandbox on the desktop

Was this some kind of rogue application hidden on the desktop?

It was a legitimate application on a different desktop. 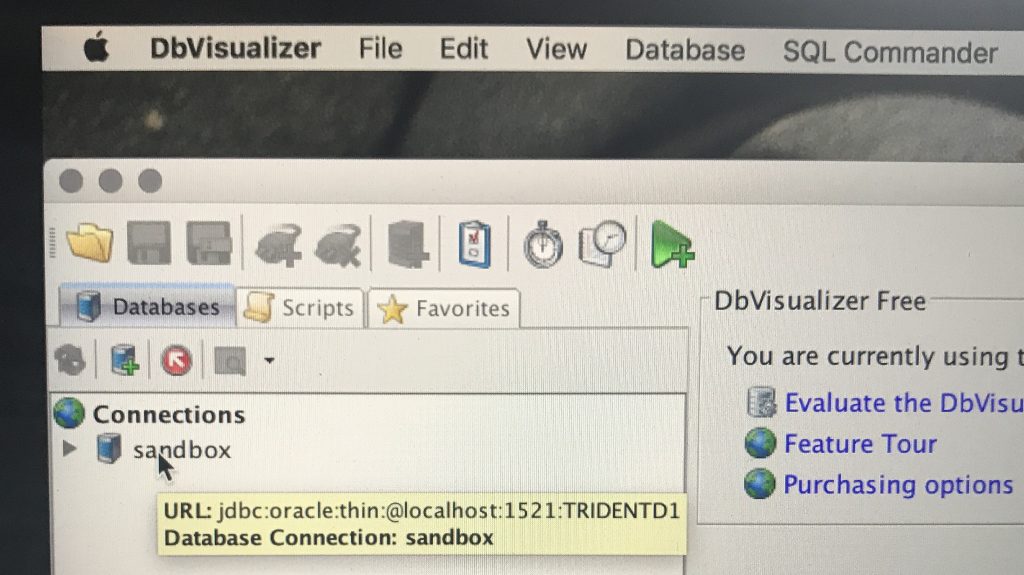 It was from DBVisualizer, which was on Desktop 2, while the popup was appearing on Desktop 1.

Problem solved, but my anxiety over that issue was real….

For what it’s worth, the laptop was rebooted this morning for an upgrade. The problem did not persist after the reboot.